What does the Reserve Bank of India (RBI) policies mean for the common man?

Beyond the initial frenzy over the rate cuts and the momentary brouhaha in stock markets, the big question is how much of the RBI’s policy actions in the past have benefited the individual home loan or auto loan buyers on the street.

Theoretically, if the RBI cuts its overnight lending rate to banks (repo), banks should pass on its benefit (since their cost of borrowing comes down) to the end-consumer with a short lag. In reality, this doesn’t happen since there are a few other factors that often come into play.

That’s precisely why the RBI, under Raghuram Rajan, despite trying all possible measures to compel banks pass on the 125 basis points rate cut to the consumer, has largely failed (banks have cut their lending rates by up to 60 bps. One bps is one hundredth of a percentage point). 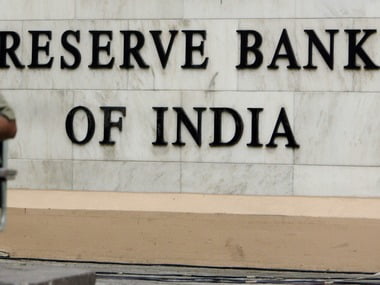 In fact, the central bank has openly expressed its helplessness to ensure effective monetary transmission in the banking system. Here are the major reasons why this happen:

For one, banks do not want to compromise much on their interest earning margins. Unless deposit rates fall, banks wouldn’t be able to lower their lending rates. Else, banks will have to take a hit on their net interest margins (the interest banks earn on advances minus what they spend on deposits), when they are required to pay higher deposit rates and earn less on advances.

One major reason why banks are unable to lower their deposit rates is the higher rates on small savings schemes such as post office savings, various government schemes and PPF. Already in comparison, banks are offering lower return on their deposits.

Banks are offering 7-8 percent rate of interest on five-year deposits, while interest rates on various small savings schemes of the government such as Kisan Vikas Patra, public provident fund and National Savings Certificate are currently some where close to 8.5-8.7 percent.

Savers would prefer the high yielding small savings schemes over bank deposits if banks keep lowering deposit rates. Banks are set to lose in the game then. This is one reason why lenders are lobbying with the RBI to prod the government to bring down the small savings rates. But, if indeed that happens, the common man is set to lose again as he will get lower returns on savings.

Secondly, Indian banks’ greed for higher net interest margins (NIMs) has prevented them from lowering their lending rates, in comparison with institutions in other countries. Indian banks enjoy the highest NIMs than their counterparts in other part of the world. NIM is the difference between interest earned on loans and expended on deposits. For instance, the average NIMs of US banks stand around 2.95 percent.

The average NIMs of Indian banks had fallen from 3 percent in 1999-2000 to 2.5 percent in 2009-10 but the bigger banks grew their NIMs aggressively thereafter. Presently, if one takes an average, Indian banks’ NIM would stand well above 3 percent. For some private banks, it can go well above 4 percent.

Until the time banks show willingness to sacrifice their NIMs and pass on the benefit of lower rates to consumers, the benefit of the RBI rate cuts would not reach the consumer.

Thirdly, the base rate system, which banks have been using as benchmark rate for lending, has so far clearly failed to reflect the central bank’s policy steps on the lower bank lending rates. Banks cannot lend below their base rates. This was introduced in 2010 to stop the practice of banks lending much below the erstwhile benchmark prime lending rates (BPLR) to certain borrowers, creating anomalies in the system.

While banks were given freedom to decide their base rates based on their cost of deposits, among other factors, and revise the rate quarterly, banks have always found a way to manipulate the methodology by choosing the most convenient maturity bucket to maintain the base rate high. Following this, the RBI has now decided to tweak the base rate methodology again based on the marginal cost of funds.

Fourthly, the high level of stressed assets on the books of banks has forced banks not to attract fresh large borrowers. Instead, they want to preserve the capital for provisioning and risk-free retail lending. That’s why lending to industries has not picked up in the last two years but home and auto loans have been growing in a healthy manner.

Banks do not want to take further risks before they repair their cracked balance sheets and manage to raise fresh capital. The worst-affected are state-run banks, which control 70 percent of the banking system. These banks continue to be capital starved since the government, their owner, does not have the wherewithal to meet their huge capital requirements.

For the above reasons, when banks limit the rate transmission to a minimum (as has been happening in the last one year), it actually doesn’t make much difference to the borrowers since his interest cost burden doesn’t come down drastically. The resultant decline in the EMI burden of the borrower would ultimately amount to a small amount (let’s say for Rs 20 lakh loan, a few hundred rupees less), which shouldn’t be the deciding factor for someone to go for a fresh loan typically.

Nevertheless, as Firstpost has noted before, it’s certainly an incentive to average Indian consumer, for whom, even a minor decline in their interest cost burden is a boon. But the catch here is that if banks are pushed to the corner to lower their lending rates by a big margin that would eventually hurt savers as well—even those invest money in small savings schemes.

The RBI rate actions have lost the effectiveness to make an impact in the lives of common man on account of multiple roadblocks in the banking industry listed above. The task is to repair the banking system first and address the structural anomalies such as the flawed base rate calculation. That’s where the central bank wants to act now.

But the point here is unless banks give up their greed for high margins and pass on the rate-benefit to common households, RBI policies will continue to be a non-event for the common man.