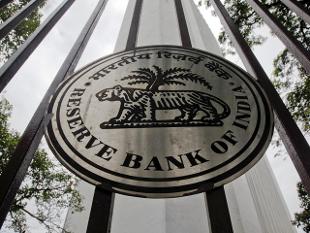 The much-awaited Reserve Bank of India (RBI) guidelines on calculating the benchmark lending rate are finally out. In yet another attempt to make banks pass on policy rate cut benefits to borrowers, the RBI has brought out a new methodology: Marginal Cost of Funds based Lending Rate (MCLR). Marginal funds refer to money raised by banks in the last month or quarter before the lending rate review. The new methodology will come into effect from 1 April 2016 and is expected to curtail banks’ ability to hold on to higher base rates despite the RBI slashing rates.

So far, banks followed diverse methodologies for computing the minimum rate at which they could lend—the base rate. Now, the RBI has asked all banks to follow the marginal cost of funds method to arrive at their benchmark lending rate. MCLR will be calculated after factoring in banks’ marginal cost of funds (largely, the interest at which banks borrow money), return on equity (a measure of banks’ profitability), negative carry on account of cash reserve ratio (the cost that banks incur on account of keeping reserves with the RBI), operating costs and tenure premium (longer the loan term, higher the interest/premium).

The actual lending rate will be MCLR plus the spread determined by banks after taking into account their business strategy and credit risk of the borrower, among other parameters.

Banks can review MCLR once a quarter till March 2017, after which they will have to publish the MCLR on a monthly basis. Lenders will also have to specify the interest reset dates on their floating rate loans. They can either grant loans with reset dates linked to the date of sanction, or the date of MCLR review. The interest rate charged to a borrower will be applicable until the next reset date. The gap between two reset dates cannot be longer than a year. 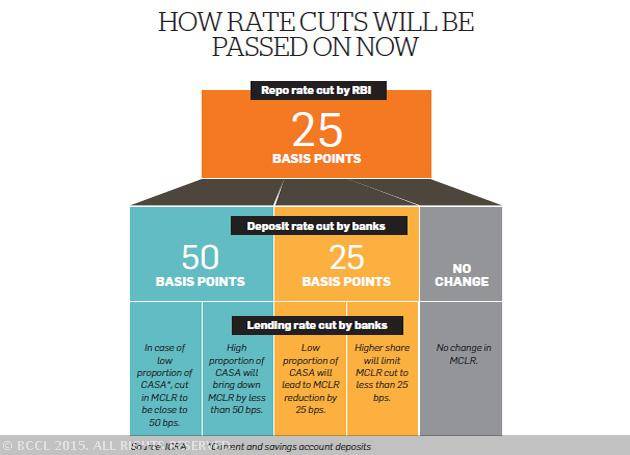 The RBI expects the new formula to make floating lending rates more responsive to its policy rate cuts. Ratings agency ICRA believes that the norms will improve policy transmission for new borrowings. “(MCLR) will impact new borrowers immediately: they will benefit in a declining interest rate scenario and take a dent when interest rates are rising,” says ICRA. Even existing borrowers will have the option to switch to MCLR when it is introduced. “They should move to the new system as it is more sensitive to interest rate changes, but they must be prepared for frequent changes in their loan tenure, given that interest rate changes typically affect tenure rather than EMIs,” says Vineet Jain, Founder and CEO of loan aggregator portal loanstreet.in.

Since January 2015, RBI has slashed the repo rate by 125 basis points (bps), but banks have passed on only around 50-60 bps to their borrowers. When RBI had ushered in the base rate regime in 2010, the objective was to ensure better transmission, transparency and fair treatment to new and existing borrowers. However, it met with limited success as banks displayed great haste in hiking rates in a hardening interest rate scenario and reluctance in reducing them when the situation turned benign, disappointing borrowers. MCLR is being seen as one of the tools to get banks to be more generous.

While RBI expects the new regime to benefit retail borrowers, hurdles remain. For instance, ICRA notes, the complete transmission or RBI’s cuts to the retail borrower will depend on the extent banks cut term deposit rates as well as the proportion of term deposits in the overall liabilities of a bank. “If a reduction in banks’ deposit rates matches the repo rate reduction and term deposits constitute 60% of the funding, reduction in MCLR will be limited to 60% of the repo rate cut,” says ICRA. Bear in mind bank rates could fall in the next few quarters, as RBI is expected to ease policy rates—but they will go up sharply once the cycle turns and RBI increases rates.